A Walk down Memory Lane

Journey of Toastmasters in Cyprus 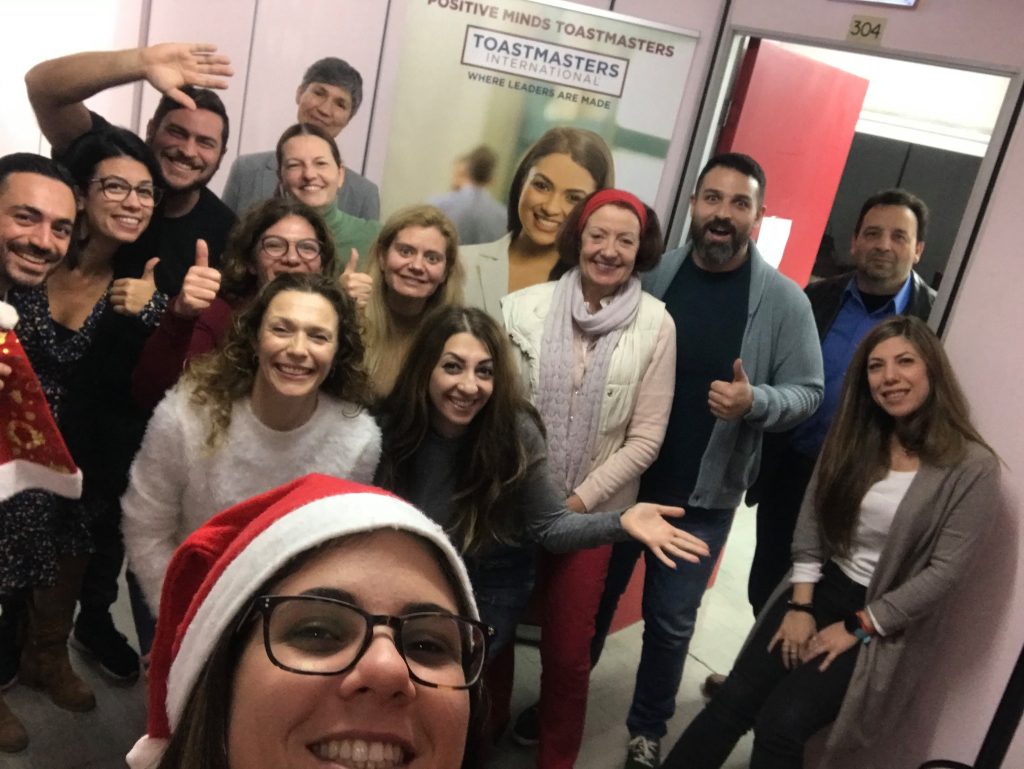 The 2nd Club in Limassol, Positive Minds is chartered on September 25th 2019. Cyprus as an Area is growing!
2017 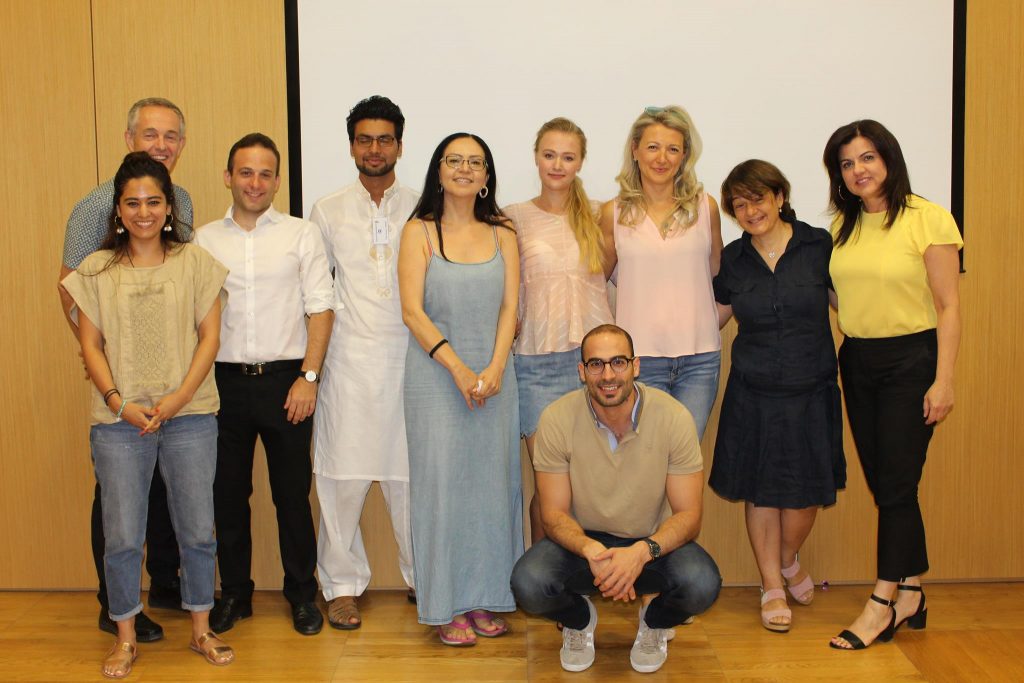 New Generation! New Club. The 2nd ToastMasters club is established in Nicosia and SuperSpeakers is born
1994 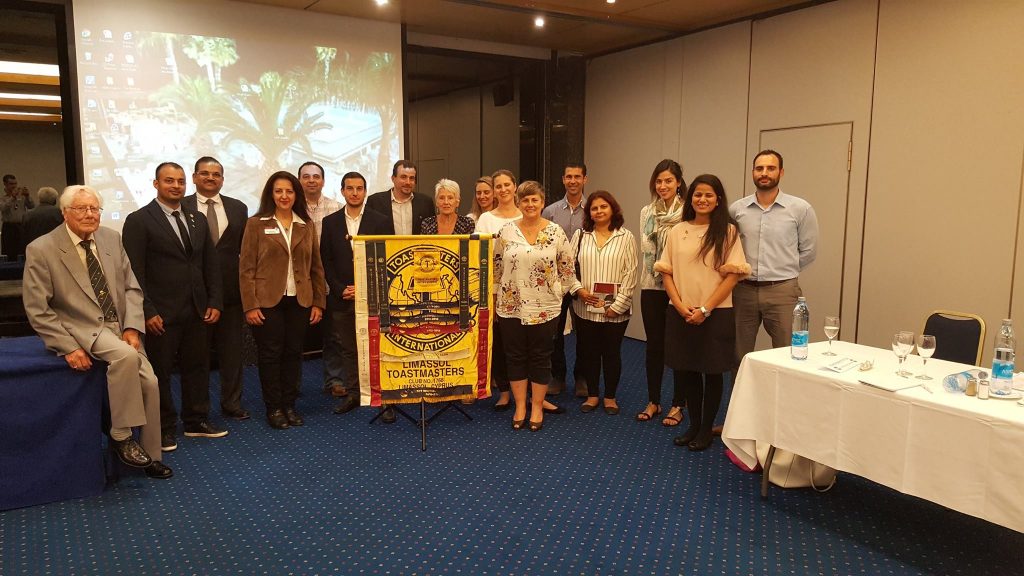 Limassol Toastmasters Club was founded in October 1994 and chartered in February 1995.
1982 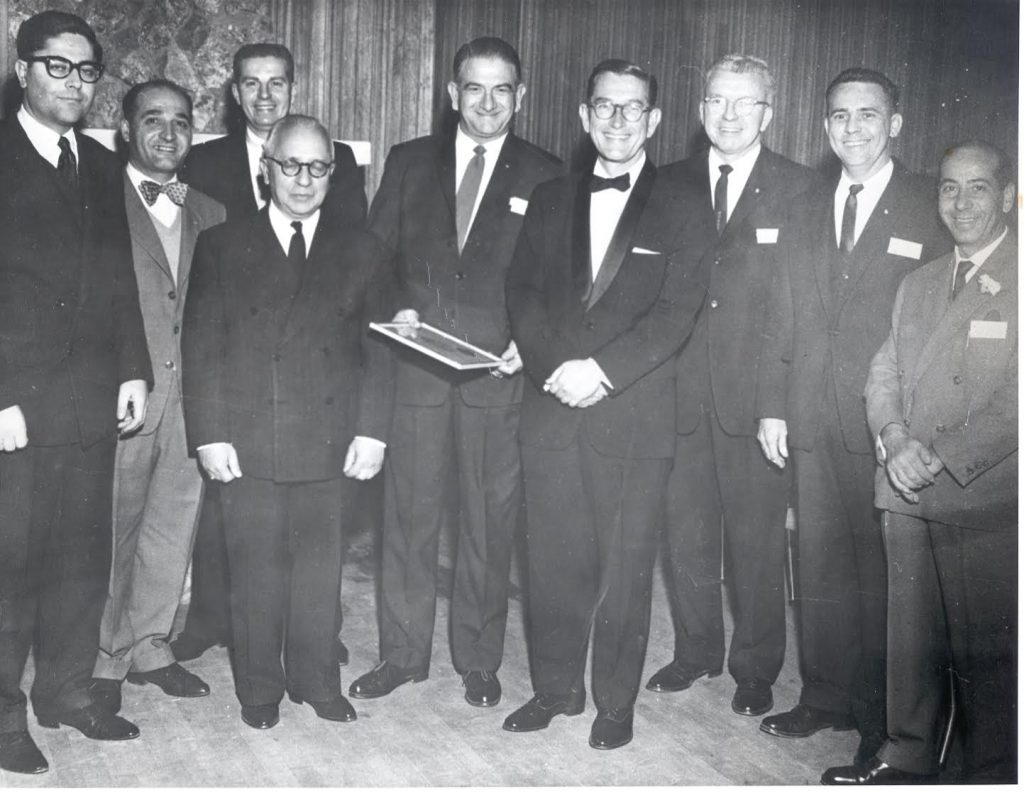 The year was 1963 when a group of enthusiasts, eager to conquer the world decided to venture into the world of public speaking and communication. The foundations of Crusaders Toastmasters in Cyprus were laid by the Founding Fathers at the American Club (Hilton Park Today).

The first Toastmasters Club was chartered in 1963 and went under the name of The Crusaders Toastmasters Club, Nicosia.  The core members were American citizens resident in Cyprus serving as diplomats or business executives along with Cypriot citizens with good command of English. The first three Presidents were American and then followed a string of Cypriots who were very prominent in the civil service.  Among the Presidents of the Club in the late sixties and early seventies were Evros Demetriades who was head of Statistics, George Christodoulides, Director of the Higher Technical Institute, Andreas Christofi, head of Lands Registry and Antonis Protopapas Director in the Ministry of Labour.

At the beginning the Club was for men only but in 1972/3 the first women members were admitted.   They were Mary Pyrgou and Diana Markides.  Our first woman President was Marina Alexandrou in 1990.  Marina is the Dean of Admissions at the European University, Cyprus.

The Crusaders were active in the community and organised public events that attracted interest and praise from the public at large.  An event of note was the Inter School debating competition that was organised first in the seventies and then again in the nineties.

The first venue at which the Crusaders held their meetings was the then American Club which today has been transformed to the Hilton Park Hotel.  Crusaders have always been holding meetings over dinner and with a degree of formality.  Until about ten years ago “jacket and tie” was the expected dress code for men.  Ladies turned out in smart business attire.  In recent years this has been relaxed and smart casual is acceptable.

The second Toastmasters Club in Cyprus was established in 1994.  A number of Crusaders who were living in or around Limassol branched out and formed the Limassol Toastmasters.  These pioneers were Brian Hodgkinson, Mr. and Mrs. Mowbray and Andrew Charles.  They were soon joined by Mehran Efthekar who is now an honorary member and continues to be active in supporting the Club.

The third Cyprus Toastmasters club was also a branch out from Crusaders.  Brian Saunders, Hassan Haj and Lilian Shaftacola experiencing a “congestion” at Crusaders and having to wait long to get a chance to make a speech set up Superspeakers.  The club started meeting in 2017 and received its charter in March 2018.

The Cyprus Clubs were Undistricted until 2017.  In the year 2016 Presidents of Crusaders, Andreas Hadjisofocleous and Limassol Toastmasters Hanna Fakir applied to join a District.  As of 1st July 2017, Cyprus became part of District 59 Division G, Area 5.  We were bundled with the Athens Clubs.  With the advent of Superspeakers and as part of a regional reorganisation Cyprus gained the status of an Area.  As of 1st July, 2018, we are Area 3 of Division B (Cyprus, Bulgaria and Greece), of new District 109 that also includes Italy, Austria and Switzerland.

The fourth club in Cyprus, Positive Minds was chartered on September 25th 2019. It is based in Limassol and was originally promoted by Hanna L. Fakir of Limassol Toastmasters and Edmond Hawila who has been a Toastmaster in the UK.  It is run on less formal lines than the Limassol Toastmasters while respecting all the TMI guidelines.

The exposure to the wider network of Toastmasters International and the participation in competitions and conferences at Division and District level has given a positive impetus to Cyprus Toastmasters.

Nicolas Roussos a past President of Crusaders and a Chartered Accountant with PWC, the Audit and professional services firm, along with past Presidents of Crusaders, Andreas Hadjisofocleous and Richa Tandon are promoting a corporate club in PWC.